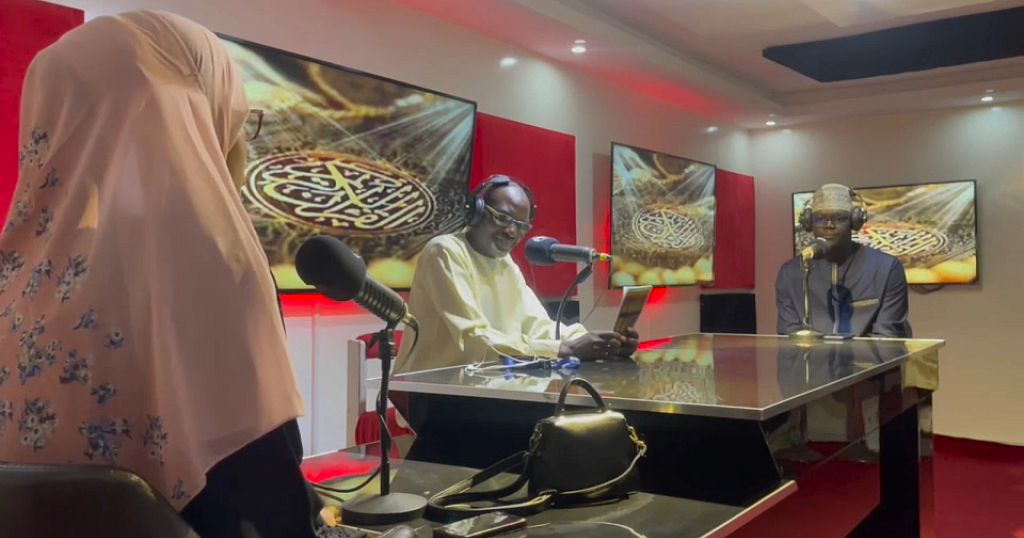 “Africa 7”, a live Koranic radio is gaining popularity in Senegal

Mamadou Mustafa Fall is the host of the program “Miracles de la Oummah”, broadcast weekly on radio “Africa 7” in Senegal, and brings together young people from all over the country.

Sometimes two or three guests take part in the show, which is broadcast live on Africa 7 television every Friday.

Young Hafiz (Muslims who have learned the Koran by heart) from all over Senegal tell how they started teaching the Koran and also offer its recitation to the public.

Mustafa Fall’s mission is to introduce the Korqn to the entire Senegalese population. “Our goal is to make everyone love the Quran, but especially those who have no training in the Quran or even those who do not listen to it. For this reason, we attach great importance to tajweed (speech) and let’s choose hafiz with beautiful Sometimes I can’t stop crying. Those who watch the program on TV can see that I have such intense emotions. The word of God goes straight to the heart,” he said.

However, although they are an inspiration to the younger generation, when young hafizes (women who have learned the Quran by heart) also participate in the program, it has not been without controversy over their position in Islam. . In his response, the show’s host says: “The religious authorities know this issue better, of course, but now we listen to hafiz women in many countries, they participate in competitions and programs. There are many people who are influenced by our memorizing women and decide to “study the Koran. Women should show how they live Islam.”

Defending the position of women in Islam, Fall argues that “Women should go out and show the model of Islam. The first person to embrace Islam was a woman. The first person to die for Islam was a woman. There are many surahs for women in the Koran, so why leave women at home? They are educators, you have to let them teach, and let them prove that the model of Islam is not an archaic model.”

Through its presence on social networks, Fall says it has received very positive feedback with more than 750,000 video views on TikTok, an application widely used by the younger generation. He uploaded sections of the program to his open account on the TikTok app and was surprised by the interest he had in young people. “When I opened the Tik TOK account, I didn’t think it would be so popular. But I got over 77,000 followers in just 4-5 months,” he said.

Noting that all of the comments on the posts were positive, Fall said: “I did not receive any negative comments. I read them all one by one. I will never forget one of our young girls who wrote that she started learning to read the Quran thanks to these videos. There has many people who wrote: ‘If I have a child, I want him to be a hafiz.'” he said.

Fall’s show was only launched about two years ago and is now one of the most listened to productions in Senegal.