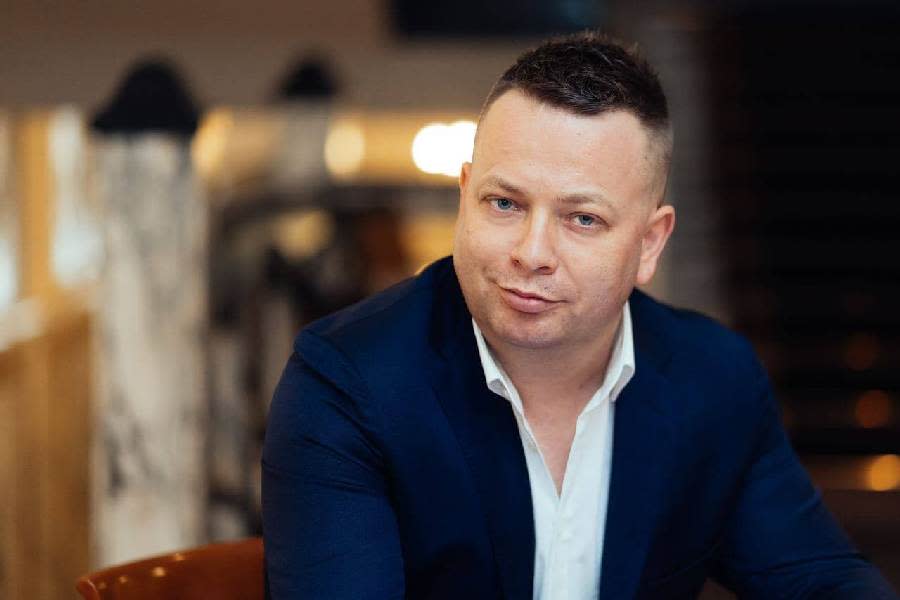 ZAGREB, CROATIA / ACCESSWIRE / December 24, 2020 / The Croatian Amm Global Institute organized for the first time at the Esplanade Hotel in Zagreb the first “Croatian Media Congress” involving all the main Croatian media leaders, the Minister of Culture and Media Nina Obuljen Korzinek, the Secretary of State at the Ministry of Culture and Media Kresimir Partl, and director of the electronic media agency Josip Popovac.

The Amm Global Instute is the first private institute of the creative industry in Croatia established by Ivan Juric Kacunic. This most prominent radio businessman in Croatia talks about the state of the media market in Croatia, the impacts of the Corona pandemic on the media, and the future of the Croatian media industry and its future role in the recovery of the Croatian economy after the effects of the Corona crisis.

What is the current situation of the media market in Croatia
The Croatian media market and the European media market as a whole are currently facing a serious situation, mainly due to the Corona crisis which has caused a significant decline of the whole market, in particular of the markets for services and of entertainment, which in turn has resulted in a significant drop in media advertising investment. The Corona crisis inevitably spilled over into the media market but did not cause it any vital damage. For example, the commercial radio segment also grew during the Corona crisis. Recent surveys show that the programs broadcast by commercial radio stations in Europe reach a total of 85% of the population and have a particular influence on listeners up to the age of 25. It is a respectable figure and a reason to be optimistic. In addition, it reflects the fact that, despite the crisis and these difficult times, radio campaigns have been in full swing, showing great loyalty and solidarity, testing new models and showing the will to take up the challenge. new business challenges in the post-Corona era.

How has the Croatian government reacted to the consequences of the Corona pandemic affecting the media
The government responded as best it could given its capabilities. Specific aid both to the media and to the economy in general has been granted in the form of employment aid, but also in the form of Covid-19 loans and guarantees. These measures taken by the Croatian government, as well as the programs launched by the Croatian Agency for SMEs, Innovations and Investments and the Ministry of Culture and Media, were appropriate given the situation. Adequate measures have been taken by the Electronic Media Agency, allowing radio and television stations to adapt as much as possible to the fulfillment of their broadcasting obligations with the main aim of protecting the health of media employees, to ensure the full sustainability of electronic media in Croatia and to subsidize the diversity of programming content and good journalism. In addition, the Croatian government has authorized Odasiljaci i veze doo to relax as much as possible its conditions for providing transmission services to radio and television operators. it should at this stage underline a private initiative, which is the timely reaction of ZAMP where it allowed appropriate discounts on the royalties payable for copyright and neighboring rights and thus ensured an uncompromising functioning of the media on the market affected by Corona.

At a recent Croatian media congress in Zagreb, you recommended that the rules be changed regarding media participation in funding sources made available through programs implemented by the Croatian Bank for Reconstruction and development. What’s your idea?

Geopolitically and economically, Croatia has long been part of a prosperous Europe. Since 2013, when Croatia officially joined the European Union, we are officially part of the European Single Market. Good European practices must also be Croatian practices. And there is no alternative to this. However, Croatia is certainly the only country in the European Union and perhaps in the entire Western world where media activities fall under the general eligibility criteria applied by the Croatian Bank for Reconstruction and Development and are treated as activities not eligible for funding, thus being placed in the same category. like, for example, casinos and betting shops. This negative practice must end immediately.

Will this change?
Croatia and the whole world are facing a period of reconstruction and recovery. The media industry is an integral and, Ivan stresses, an inevitable part of the creative industries which will be the core of a rapid recovery and development of the Croatian economy and society in general. Ivan said: â€œThe current board of the Croatian Bank for Reconstruction and Development has not responded to these restrictions, but is in a position to remove them. This board includes responsible professionals who I am sure will recognize the right time, being the time of the Corona crisis, as well as the time to seize post-Corona opportunities and allow media operators to take advantage of the programs offered by the National Bank for Reconstruction and Development to initiate and implement the necessary investments, and that it will be they who will put an end to such negative practices in Europe. “

Is it realistic to be so optimistic?
The development of the creative industries, including the media industry, is a necessary and certain step towards the transformation of our society from Corona State to a new normal state and the acceleration of the recovery of the Croatian economy. It is important to know that the creative industries mainly focus on knowledge and information as essential resources and this is a prerequisite for the modern economy. Such an economy improves the efficiency of production and the quality of products and services which have been substantially adapted to the preferences of modern consumers and are available both nationally and globally. Therefore, what we are discussing here is not a vision or an idea. We are talking about European practices which show that some of our fellow Europeans have already achieved notable results in the field of the creative industries by hiring more people, mainly highly qualified young people, by creating a healthy business environment and by creating networks, by attracting investment, increasing GDP, and increasing income. My optimism is based on these facts and it expects from Prime Minister Andrej Plenkovic who, in his role as statesman, has clearly decided to focus on the political issue of Croatia’s effective involvement in European perspectives and to play a proactive role in enabling the creative industries to play their strategic role in the recovery and prospects of our society and our homeland, as well as the broadest political consensus it hopes to achieve in this context.

Where did he get the idea to create the first private institute of the creative industry in Croatia?
The creativity, talent and knowledge of the Croatian people, from Nikola Tesla, Faust Vrancic and Slavoljub Penkala to our contemporaries such as Mate Rimac, Maksim Mrvica or Silvio Kutic and Izabel Jelenic, have passed through different stages of history and in various sectors social and economic have a significant positive effect on changes towards the development and quality of life of people from all walks of life and in all regions of the world. The achievements of Croatian designers, along with their knowledge and innovations, have changed both Croatia and the world. It is on the basis of this idea that he created the AMM GLOBAL INSTITUTE which today employs 33 scientists and professionals working on scientific, technical and educational projects in fields where radio influences the creative industries, creating content and social models, and promoting fatherhood and the positive experience.

What is the main goal of the institute?
AMM GLOBAL INSTITUTE has only one goal – progressive development. This will be achieved by ensuring that the institute continuously produces creative and strategic programs involving young talents, constituting the future of the Croatian, European and global creative industries.

In the business context, what is the main thing you will remember this year?
Ivan will remember the year 2020 for the first projects implemented by the AMM GLOBAL INSTITUTE and the admission of the leaders of Croatian radios, Narodni, Antena Zagreb, Radio Dalmacija and Media served, to the Association of European radios ( AER), which is another positive example of the integration of Croatian entrepreneurs into the European framework. However, he will also remember it because the term “media” was for the first time in democratic Croatia after the parliamentary elections included in the name of the Ministry of Culture as the competent ministry, which made it possible to clearly demonstrate the importance of the media industry. . Ivan said: “I will also remember 2020 for the real success we achieved, Croatian media leaders. People like Marc Puskaric, Katijan Knok, Ana Hanzekovic, Luka Duric, Drazen Mavric, Silvija Londero Simlesa, Drazen Klaric , Hrvoje Barisic, Hrvoje Turic and Hrvoje Vukusic have managed Croatian media companies in times of unprecedented general crisis, ensuring the stability and sustainable development of their businesses. These are huge and immeasurable achievements. In this process, we all have made efforts to achieve the stability of the Croatian media industry in the times, but also prepared the ground for promising media industries for the coming period. Finally, I will personally remember this year for the completion of the process restructuring of the shareholding in the largest media company in Dalmatia After 25 years of existence, I was the sole owner of Radio Dalmacija e n July of this year. I thus achieved an important strategic enterprise and prepared Radio Dalmac ija for a new digital era of its activity. “