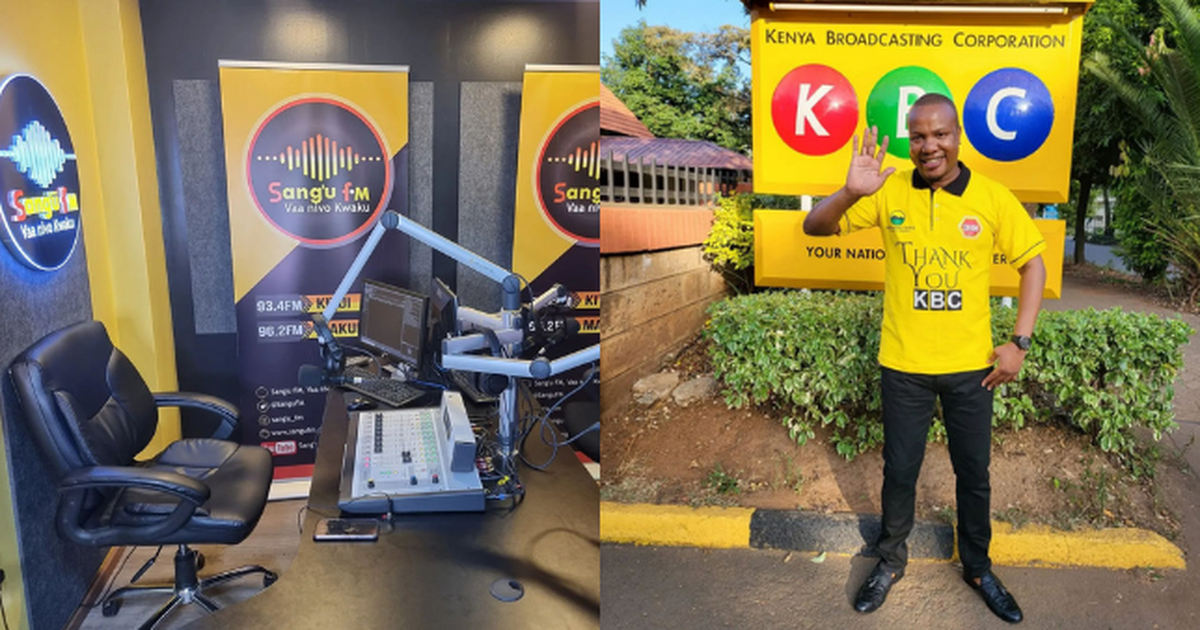 On Tuesday, the KBC fraternity formally bid farewell to Musambi as he parted ways with the state broadcaster after 14 years of service.

Musambi, who has worked as a television news presenter as well as a presenter for KBC Radio Taifa, was treated to a number of surprises, including a farewell cake and drinks.

In his exit speech, the reporter revealed that he was leaving KBC to actively run his radio station and compete for the parliamentary seat of Kitui Central.

True to his word, he has already started drumming in support of Sang’u FM, a vernacular radio station that has always been run by his wife Betty Musambi. He noted that he will occasionally co-anchor on the station.

“I take this opportunity now to invite you all to Sang’u FM, Vaa nivo kwaku (That’s where you come from). We broadcast in Ukambani on 93.4FM Kitui and Machakos and 96.2FM in Makueni. We broadcast in Kikamba and Kiswahili. Occasionally, I will be a co-presenter in the show Rhumba Malamu”, said Bonnie Musambi.

He was replaced by Rashid Mwamkondo and Mwajuma Ally. Mwamkondo, who has been at KBC for some time, was transferred to the breakfast show from the evening show.