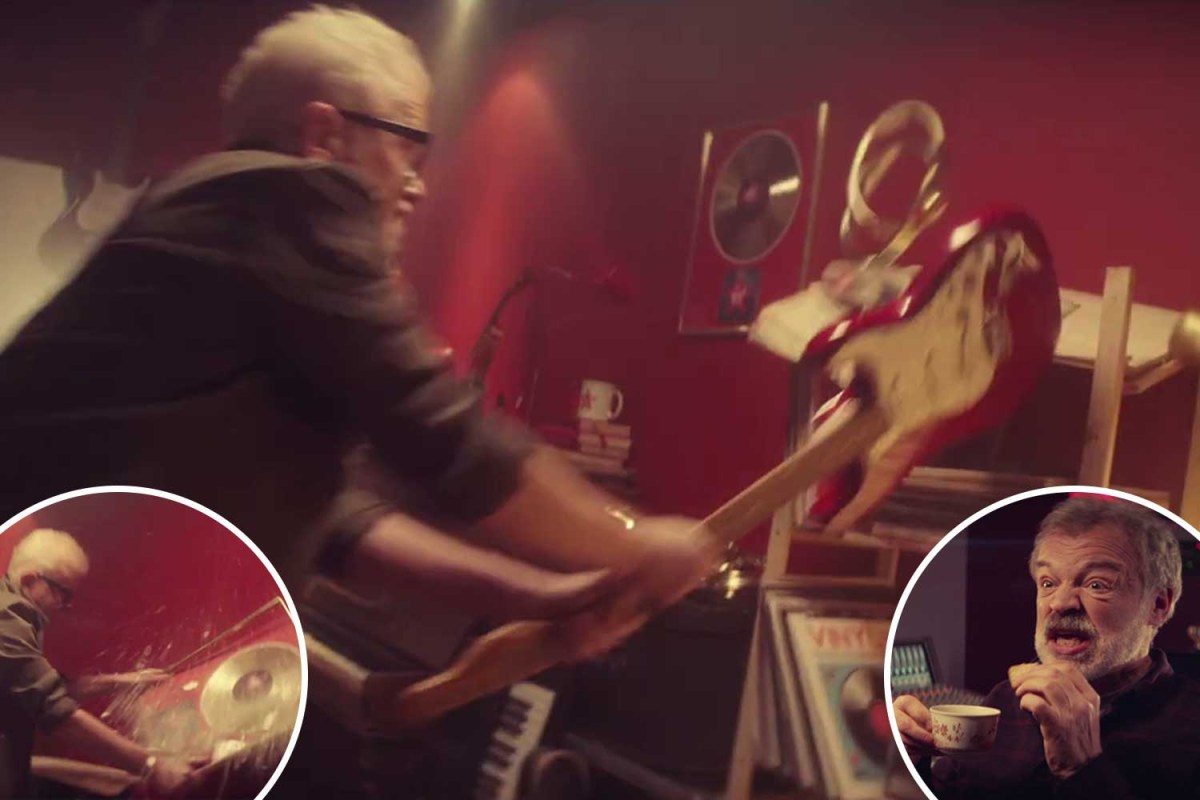 The breakfast host, who wakes up at dawn to do his show, is seen angry with the newcomer, who only works on weekends.

Chris, 54, trashes the place with a blazing guitar: “He only does two shows a week – and he gets the right cookies.”

Meanwhile, Graham, 57, is shown sitting in the control room eating custard, telling viewers, “This is the third time this week.”

Chris suggested his former Radio 2 co-star join the booming music station in September when he visited the studios in London.

And upon opening the ad, the former TFI Friday man said, “I said you should come here, you would love that.”

Graham adds, “And that’s what I did. I mean, I didn’t say yes right away.”

Chris replies, “It took him about five seconds.”

The star is then seen taking her frustration out of the studio, smashing a framed gold record and leaving a guitar in tatters.

The fun ad will promote the reunion of two of radio’s biggest stars on a hit station.

â€œBut they didn’t sign up to Virgin Radio just for the cookies. They’re here because they love creativity, vibrancy and music.

“They had a blast doing the publicity together, and that energy sings across the screen.”

Chris Evans is on Virgin Radio weekdays from 6.30am to 10am while Graham Norton is on weekends from 9.30am to 12.30pm