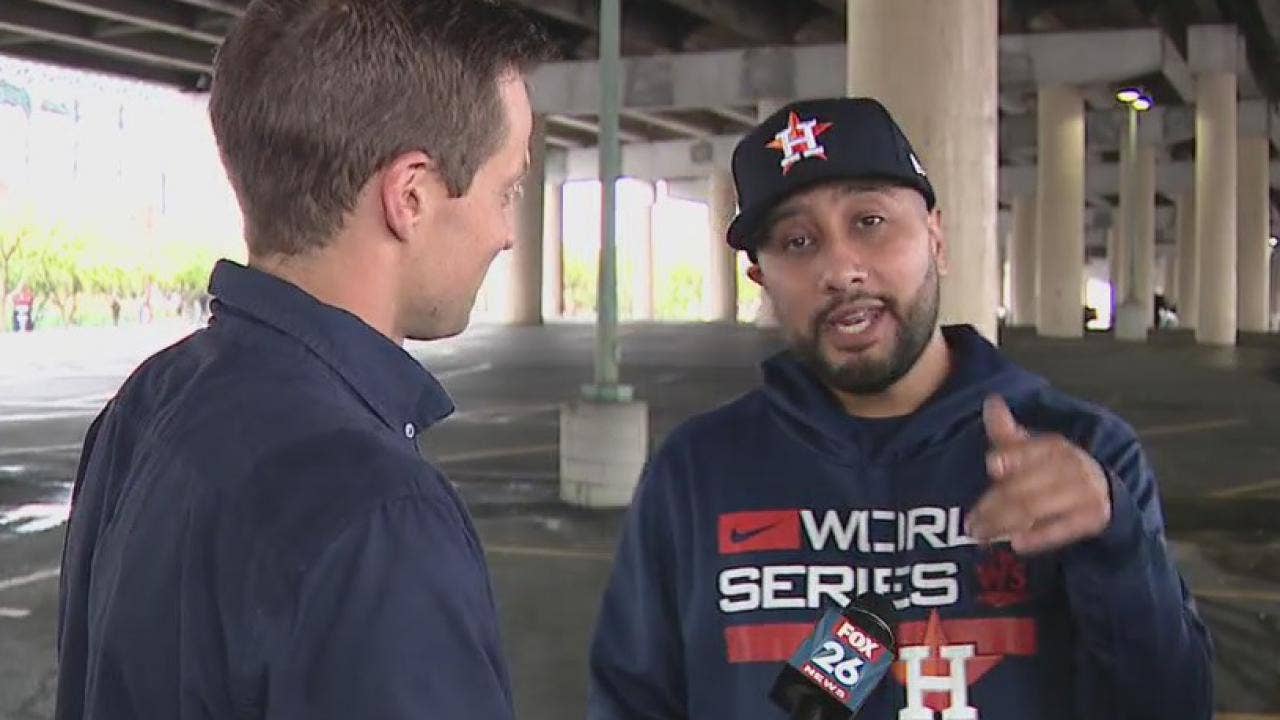 Mark Drew, a full-time artist, producer and huge Astros fan, went viral after sharing a rap about the team during the American League Championship Series. Before Game 1 of the World Series, he performed another song about the team on 100.3 FM The Bull. (Credit: Mark Drew)

HOUSTON – A rap song about the Houston Astros sweeping the Yankees in the American League Championship Series continues to be shared across the city.

We first shared Drew’s story earlier this week involving a rap song he created after the Astros’ sweep of the Yankees in the ALCS.

Drew’s song has received tens of thousands of views on Instagram and TikTok.

Since our story aired, the Houston rapper and producer’s song has continued to be shared.

FOX 26 reporter Matthew Seedorff spoke to the man who gained popularity on TikTok after his impromptu TikTok post about the Astros’ win.

On Friday, Drew was invited as a guest rapper on 100.3 FM The Bull, a country music radio station in Houston.

“We saw the viral video on TikTok, and we knew we had to do something with Mark,” Erik Smith said.

Smith is a radio host on the “Morning Bullpen”. On weekday mornings, he writes cover lyrics to popular songs with random topics and trending news.

RELATED: Orbit against Phillie Phanatic in the 2022 World Series

On Friday, he and Drew sang a duet together using a Toby Keith song about the Houston Astros.

“It was Toby Keith, ‘How do you love me now?’ [but we called it] “How do you like H-Town,” Drew said. “It was fun. The support just came in from all directions.”

“The fact that it exploded so quickly and people really embraced it, that makes me really happy,” Smith said. “Today he’s on our show, it’s a country station, [bringing] a rapper on the radio. It’s really cool.”

Drew says he’s a huge Astros fan and is very superstitious. As a result, he says he has no intention of writing any World Series or Phillies raps until the series is over.