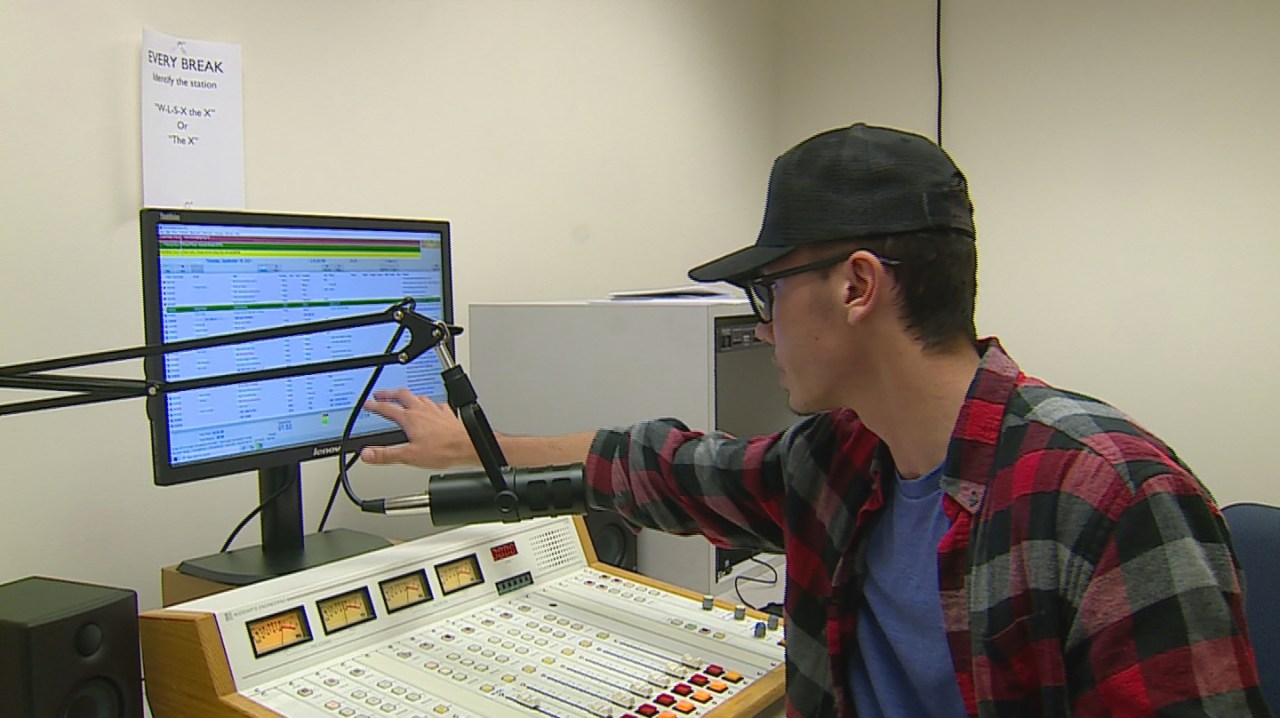 TOWNSHIP ALLENDALE, Mich. (WOOD) – There is a new radio station on the Allendale campus at Grand Valley State University.

WLXS 900 AM gives students a real breakdown of the industry.

The university has another student-run radio station, which does not have the same rules as WLXS 900 AM.

“We created the station because we wanted the students to have an experience that was much more like what they would see on an actual radio station,” said Len O’Kelly, associate director of the School of Communication. GVSU.

WLXS 900 AM is a station that broadcasts music from the 80s and 90s. As part of their lessons, students participate in the operation of the station for at least two hours per week.

The station made its debut this week, and like any other business, students ran into problems early on.

“A little panicked at first. I arrived and didn’t know how to do anything, ”said student Emma Armijo. “I couldn’t turn on the mics, but it ended up being fun.”

GVSU student Nicholas Matthews is known as “Diet Matthews” on the radio. He enjoys showing off his voiceover work. He hopes to get paid to speak for a living. He says the class is a great way to gain experience.

O’Kelly has over 30 years of on-air experience. He says radio jobs are hard to find, but he hopes the new station can inspire his students.

“Hard ground to enter,” said O’Kelly. “Those who persist, there are opportunities to enter. “

An inside look at the new radio station – The State Times