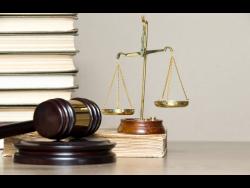 The High Court has issued a warning to the hosts of a radio program right here after dismissing a libel action brought against them by a pastor.

“As a postscript, I just want to address a word of warning to defendants who are young and not so young men that, however strong they may feel about a case, it is always prudent to err on the side of of temperance by issuing their opinions,” Judge Nicola Byer said in her decision.

The court found that the defendants, Luke Boyea, Christopher “2Kool” Jones and Charles “Columbian” Villarreal, who were the host of Hot 97’s morning show AM Mayhem in 2018, were entitled to rely on a defense of fair comment, which provided full defense to the words spoken.

Seventh-day Adventist Church pastor Sigmund Wiggins had filed a lawsuit against the trio, who used their morning show to discuss a media report that in or around September 2018, Wiggins posted bail for a 70-year-old member. of his congregation who was charged with indecent assault on a seven-year-old child.

On the October 3, 2018 broadcast, the defendants interviewed Ronita Ollivierre, who made certain allegations against the man for whom Wiggins had been released on bail. The defendants published certain words on October 3 and 4 which Wiggins claimed were defamatory of him as a minister.

Boyea, Jones and Villarreal admitted to publishing the offending remarks, but did not admit that they were about Wiggins because of his calling as a minister.