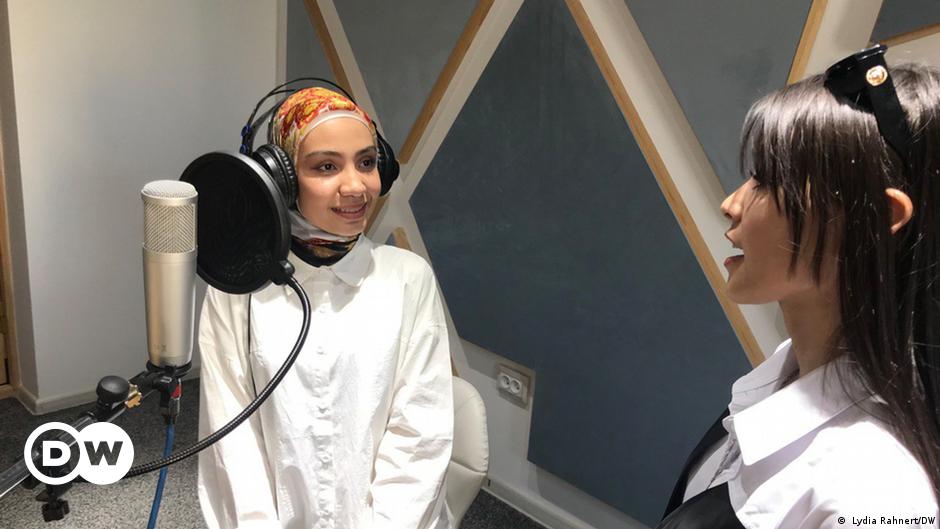 On September 8, a new radio studio in Tashkent officially opened its doors to visitors from Uzbekistan and abroad. Already in use, the studio is designed to train a new generation of journalists in a country that lacks practical learning sites for aspiring reporters. The studio is the first practical training center in Uzbekistan and is part of the University of Journalism and Mass Communication of Uzbekistan (UJMC).

“Television and radio are the most popular disciplines at our university, which makes the studio extremely attractive for students,” said Nozima Muratova, vice-rector of science and innovation at UJMC.

The studio offers hands-on skills for budding radio journalists as well as those wishing to work with multimedia platforms using audio.

Since 2018, students now have the opportunity to study journalism in Uzbekistan

The opportunities it offers are particularly important for Uzbekistan, whose media training centers were virtually non-existent before UJMC launched in 2018.

Given the country’s tenuous relationship with press freedom, expanding media training facilities is essential to help establish a free and independent press in this country. In Reporters Without Borders’ 2022 World Press Freedom Index, Uzbekistan was ranked 133rd out of 180 countries. Although its ranking has improved from previous years (ranked 157 in 2021), the country is still far from boasting a robust media landscape.

Radio still plays an important role in this Central Asian country. Although over the past three decades, the radio stations that once covered the whole country have largely disappeared.

The new facilities have been in use since 2020, with campus radio projects underway

Lydia Rahnert, DW Akademie’s program director for Central Asia, explained that one of DW Akademie’s goals in the country is to rebuild communication networks to connect remote communities.

“Thanks to the radio studio, UJMC can train young people for the stations that already exist and for those that will be added,” she said. “It will give rural people a voice and contribute to freedom of expression in Uzbekistan.”

Rahnert and DW Akademie Managing Director Carsten von Nahmen attended the opening ceremony, which had been delayed due to the COVID-19 pandemic.

Uzbekistan is a new target country for the German Federal Ministry for Economic Cooperation and Development (BMZ). The ministry also supports other projects in this Central Asian republic. In addition to providing facilities and training teachers at UJMC, DW Akademie partners with local Uzbek organization Modern Journalism Development Center. The center is working on creating new media training programs and establishing three community media centers in the country.

The aim of DW Akademie in Central Asia is to strengthen community media, facilitate media and information literacy (MIL) skills among young people and offer capacity building in media management and journalism .

The projects of the DW Akademie in Uzbekistan are supported by the German Federal Ministry for Economic Cooperation and Development (BMZ).