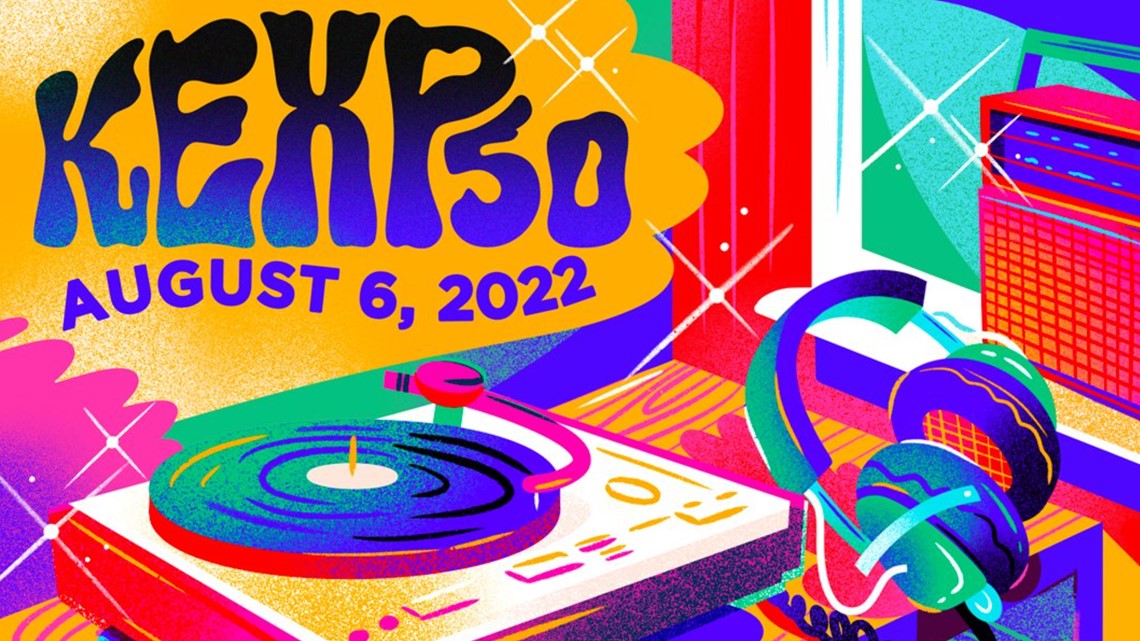 The Saturday August 6 event will include food trucks and a beer garden. #k5evening

In 1972, four students from the University of Washington created a small station with a signal of only 10 watts. It was designed to help teach broadcasting while exposing listeners to new music.

Half a century later, the call letters have changed but the mission has remained the same: to be a place where music matters.

“This means DJs are free to DJ, we are free to program the music we need to support our local community, we are constantly creating new music, and we are always reminding our community that they are not alone,” said John Richards, host of “The Morning Show” on KEXP.

GRAMMY-winning artist Brandi Carlile, a native of Ravensdale, Washington, is a musician who has found her footing at KEXP.

“My show, I think, was the first time it was live on radio,” Richards said. “And (she) actually helped pay for this building that we’re broadcasting in. She hosted a show and raised $50,000 for KEXP’s new home.

Based at Seattle Center alongside Climate Pledge Arena, the listener-powered station broadcasts globally online. Over the years, online listeners have grown and now roughly match the station’s live audience. “The show tonight“Jimmy Fallon, the celebrity host, listens online in New York and is a big fan of the lineup.

Much of the music featured on KEXP is played live in studioand their streaming numbers are huge.

“We’ve had over a billion views of our sessions here, which is just insane.” said Richards.

Well-known artists like Macklemore, The Lumineers, Of Monsters and Men and Florence and the Machine have all played in the studio. KEXP’s most popular video on YouTube is a performance by a Colombian band Bomba Stereo – it has racked up over 56 million views.

To celebrate its 50th anniversary, KEXP is hosting a free community concert/gathering on Saturday, August 6 from noon to 7 p.m. “KEXP50” will feature bands performing live on indoor and outdoor stages, food trucks, a beer garden and live broadcasts. Everything happens at 427 First Avenue North in Seattle.

“I feel like it’s going to be a really, really big weekend,” Richards said.