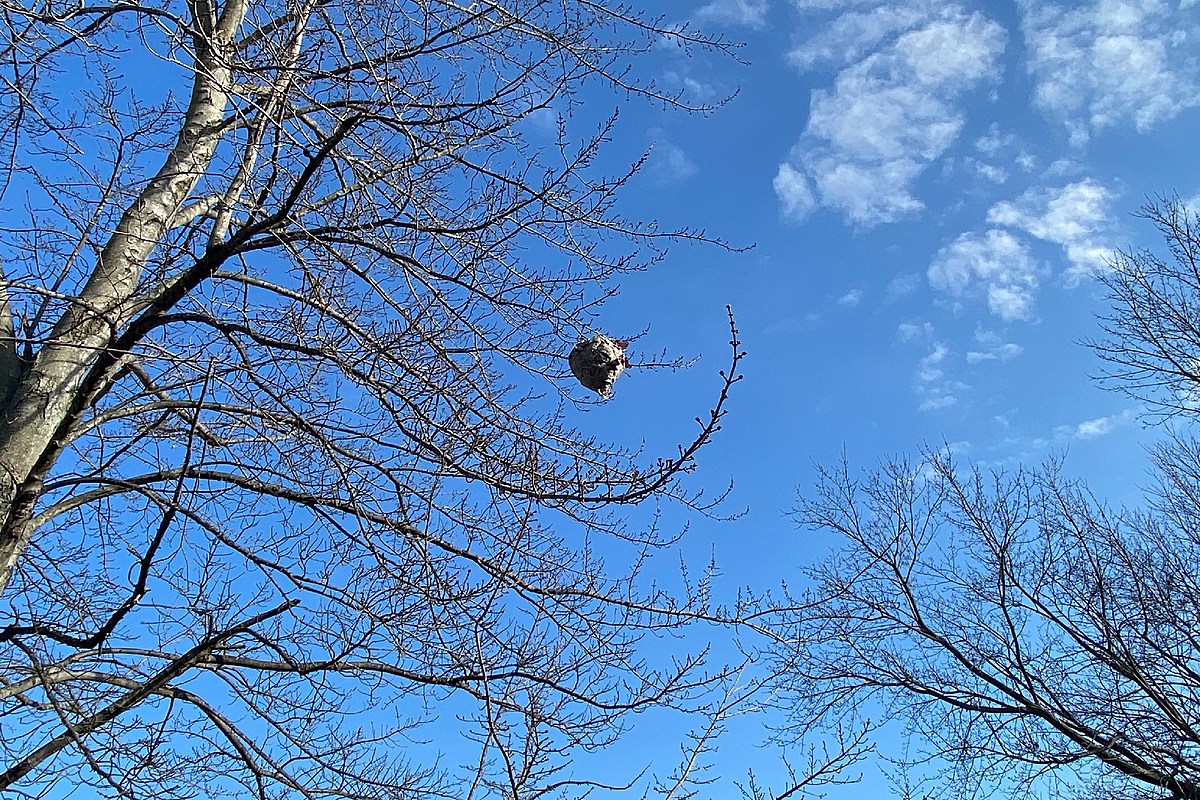 Solve this Jersey mystery on the tree outside our radio station

See! High in the sky! Well, it’s definitely not an airplane. Or a bird.

But is it some kind of unusual bird’s nest? Is it a cocoon? Maybe a beehive?

One day someone noticed this thing hanging from a thin branch on the tree outside our radio station.

To give an idea, it’s probably about 12 to 16 feet off the ground and therefore about the size of a basketball. Maybe we don’t have enough nature lovers working here, but no one on our team can agree on what it is.

Joe Votruba thinks it’s a cocoon. Wouldn’t that make it an insect the size of a monster? I’m not a coconologist, I’m just saying.

Kylie Moore thinks it’s kind of a beehive. She wanted to shoot it down until I convinced her that it might be a beehive containing those murderous hornets. In fact, I just didn’t want to go to Frank the Engineer for a ladder.

What is this thing? The answer will likely be known to over 9 million New Jerseyans. Just nobody in this building.

If you have any idea what this thing is, be it a beehive, a nest, or an alien capsule, drop us a line. Or better yet, contact the chat feature on the free NJ101.5 app. Everyone at the station will see it this way and maybe some will feel better walking past it.

And if you don’t have the NJ101.5 app, shame on you. It’s free and it does so many things you’ll love. Now, if it would just kill any beast that’s living inside that thing on the tree.

The above post reflects the thoughts and observations of New Jersey 101.5 talk show host Jeff Deminski. All opinions expressed are those of Jeff Deminski.

Sometimes even your GPS does not know the way back to certain places.

11 things that make a New Jersey restaurant a real restaurant