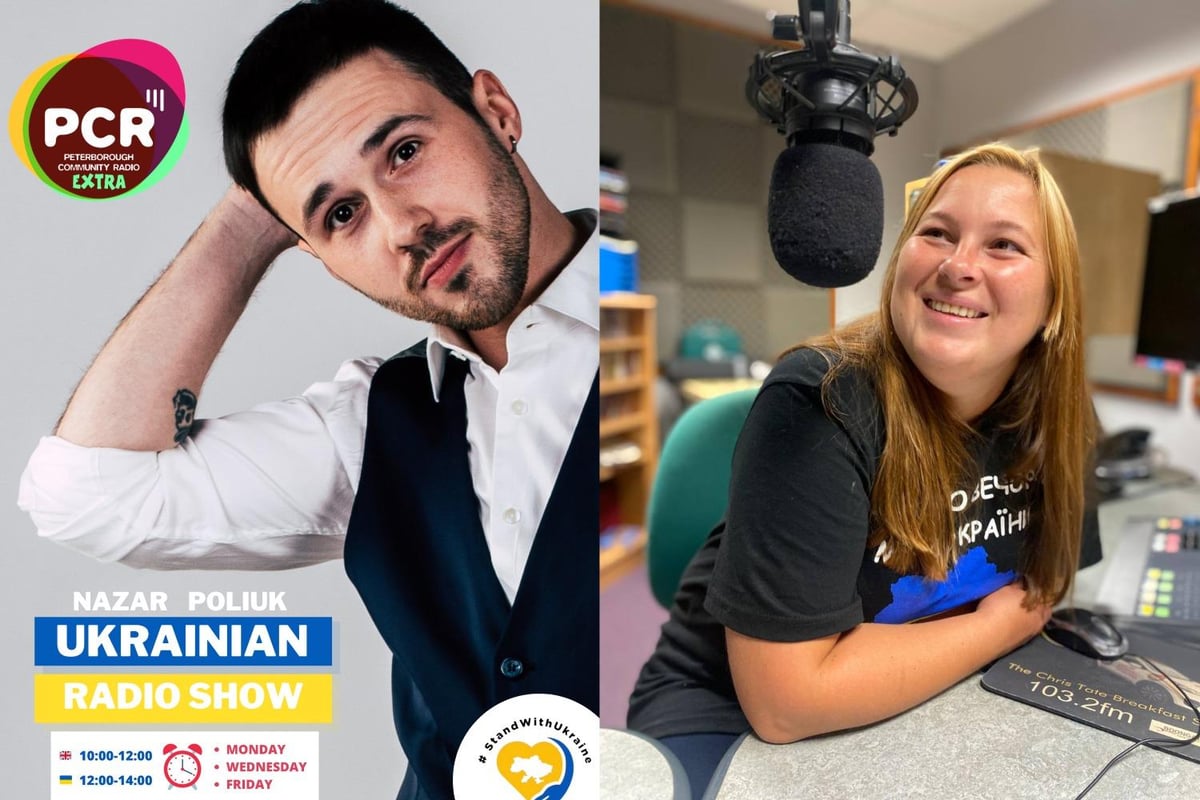 A new Ukrainian radio show from a Peterborough radio station, hosted by a refugee broadcaster who fled the country moments before the outbreak of war, is gaining popularity.

The broadcaster and presenter, who previously appeared in films and on Ukrainian television and radio, now hosts the Ukrainian radio show on Peterborough Community Radio (PCR FM) Extra alongside co-host Alla Irodenko – who helped bring him to the country as a refugee.

“It went viral,” said Alla, who is originally from Ukraine but now lives in Hampton Vale.

“There was no Ukrainian radio here and Ukrainians living in Peterborough want a radio station to make them feel at home.

“We give them the news they need from Ukraine and England, in Ukrainian and English. We thought we would only have a few listeners, but we got over 1,000 a day.

“It went beyond what we imagined.”

Alla quit her job as an NHS healthcare assistant to become a community outreach volunteer, volunteering at St Olga’s Ukrainian Church in Peterborough, New Road, where 16 aid trucks were sent directly to Ukraine .

Conflict in Ukraine: Meet a volunteer who gave up his NHS job to send donations to war zones…

Alla said Nazar, who speaks only Ukrainian, works full-time alongside hosting the radio show – working night shifts until midnight before getting up to present the show in the morning.

“It was my idea but he knows what he’s doing and runs the show,” Alla said.

“We make requests for songs and sometimes we even run out of airtime to play them all – our phones keep ringing.

“We organize competitions to win Ukrainian food and it’s about making it feel a bit more like home.

“PCR have been absolutely amazing – they have supported us with all the equipment we need to make this possible.”

PCR FM is based at the Herlington Community Center and you can listen to the Ukrainian radio show Monday, Wednesday and Friday from 10am to 12pm.