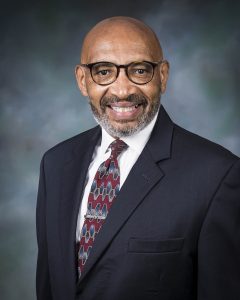 An independent study by researchers at Michigan State University found that black drivers are stopped more than any other racial group in the state. The results also showed that black and Hispanic drivers are more likely than white and Asian drivers to be stopped after a traffic stop.

Michigan State Police Superintendent Col. Joe Gasper said the department would hire an outside consulting firm to address and recommend changes regarding racial disparities. Col. Gasper said in a statement, “Michigans deserve unbiased policing, transparency and accountability from their state police and that’s what they’re going to get.”

“These are just initial steps, in terms of finding the problem and removing some sort of scab from the wound, but also an opportunity to ensure that those who perpetuate these racial disparities are also held accountable for their actions. .” —John E. Johnson Jr., Michigan Department of Civil Rights

A five-point response plan was also announced as a way to turn the conversation into action. Hiring an independent contractor is one part, along with issuing body cameras to all enforcement members, making more MSP data publicly available, and increasing training opportunities for deputies.

John E. Johnson Jr. is the executive director of the Michigan Department of Civil Rights. He says it’s a good start to opening up the conversation that most black people and people of color have been talking about frankly for decades regarding the relationship between police and communities of color. “I commend Colonel Gasper for commissioning the study, and more so for even publishing its findings, which shows his boldness and transparency in leading this department.”

Johnson says releasing the information and promising to engage will help begin to lay the groundwork between the police and the public. “He and I agree that these are just the initial stages, in terms of discovering the problem and removing some kind of scab from the wound, but also an opportunity to ensure that those who perpetuating these racial disparities are also held accountable for their actions. »

Johnson says the numbers speak for themselves and show that “racism is still alive and well, in our society, and to some degree institutionalized.”

The data is from 2020, a time when many people were sheltering in place due to the pandemic.

“It shows me the propensity of Michigan State Police officers, even during a pandemic, when there weren’t many people on the road to still racially profile drivers of color. So it’s even more troubling,” he says.

Johnson says the Civil Rights Department has offered its help and its experts in implicit bias and cultural competency to help with the training, but “training means nothing if you don’t have the means and the will” to fight against it. systemic racism.

Johnson says he hopes it will lead other law enforcement officials to examine their own departments.

“We also hope that the study released by the Michigan State Police will encourage other law enforcement agencies to do their own internal audit, so they can see for themselves maybe what’s going on in their own backyard.”

Reliable, accurate, up to date.

WDET strives to make our journalism accessible to everyone. As a public media institution, we maintain our journalistic integrity through the independent support of readers like you. If you value WDET as a source of news, music, and conversation, please donate today.