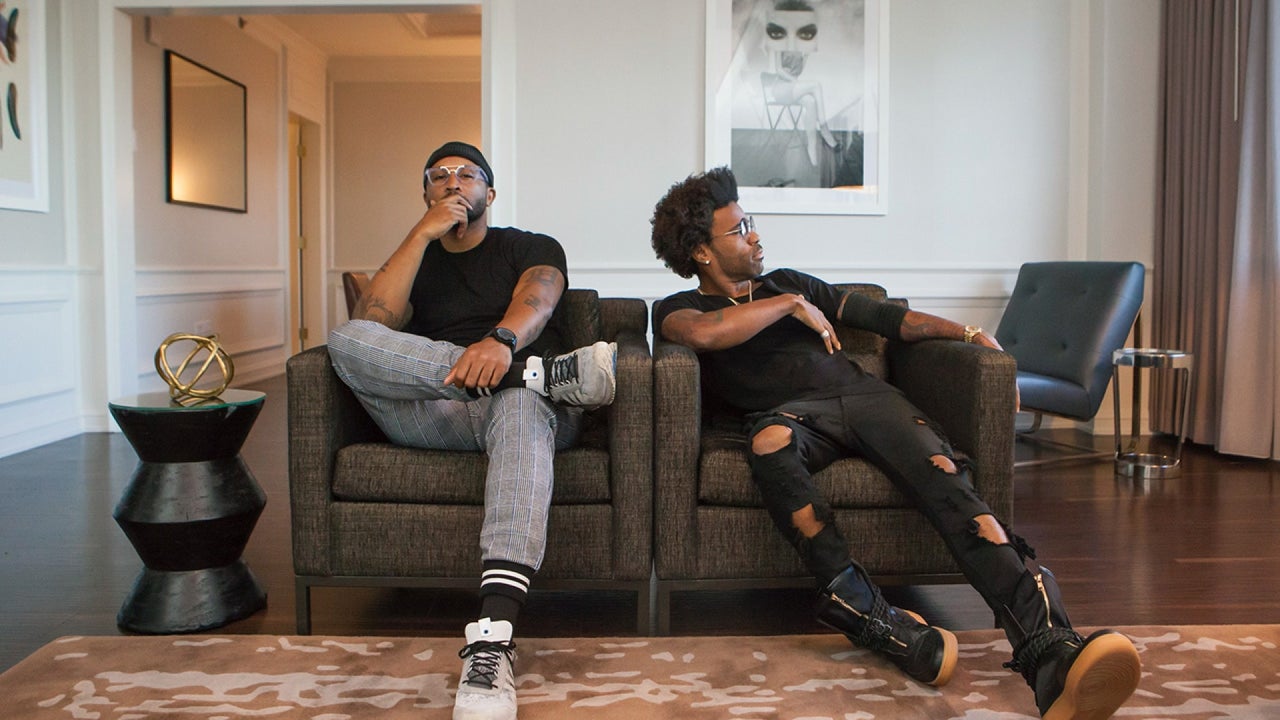 Why a Black Radio Show Has the “White Lives Matter” Branding

The owners of the “White Lives Matter” trademark don’t own it for the reasons you might think.

Since the controversy over Ye’s “White Lives Matter” t-shirts, Inside Edition Digital spoke with one of the two black radio show hosts who currently owns the brand.

The aim of the show is to empower black and brown voices and to organize discussions on topics that may be difficult, related to society and culture, but are important to have. The show was created in 2020 in response to the desperate call for action and the need for change after the murders of Breonna Taylor, George Floyd and Ahmaud Arbery.

In 2016, the Southern Poverty Law Center declared “White Lives Matter” a hate group formed in racist response to “Black Lives Matter” with the goal of promoting the white race.

Inside Edition Digital spoke with host Ramses Ja about the radio station‘s decision to trademark the controversial tagline.

“We are not trademarked, but we will do our best to represent the interests of black and brown people for the rest of our lives,” Ramses told Inside Edition Digital.

The radio show’s hosts aren’t the first to own the controversial slogan born in response to “Black Lives Matter.”

They were approached by a listener, who wished to remain anonymous, to use the slogan they owned before the radio show.

“The reason this person asked us was because they didn’t feel like the right person to be responsible for decisions about the future of this brand,” Ramses says.

Knowing it wouldn’t be an easy decision, the hosts discussed whether or not to take responsibility for being the owners of the brand.

“We realized that maybe it was our business. We are committed to being responsible to speak out and be activists in spaces where it is sometimes uncomfortable,” Ramses says of the decision to take on the brand.

On Ye and his recent behaviors and actions, including the use of the slogan on the shirts he wears in public, Ramses shared his thoughts.

“I remember Kanye West was a person who stood up for black people,” he says, then recalls Ye’s statement, “George Bush doesn’t care about black people.”

“I think I know what problematic behavior looks like. And so we’re not in the realm of hate on this show. So I will do my best not to say anything detrimental to this man,” he said. “He’s my brother, for better or for worse, and I wish him well, but this maneuver is to protect our black and brown communities.”

With Ye using the brand’s slogan on the T-shirts, he is unable to sell them due to the former owner and now the show owning the brand.

“This maneuver, I do not believe, was intended to harm [Ye], but rather to prevent it from causing harm to other people. And maybe that’s the spirit that I think we’re headed in,” he says.

“The two most prominent entities associated with this brand are a very famous artist and this radio show,” says the radio show host.

“So one of those entities recognizes the hurt it can create, recognizes how triggering it can be, and the other, from what I understand, thinks it’s something that’s part of fashion culture, fashion week, that sort of thing,” he tells Inside Edition Digital.

When it comes to selling the brand, Ramses makes it clear that the decision to own it was not for monetary gain unless there was a way to benefit black and brown communities on a large scale.

“Okay, if we got $1 million or $10 million and gave half of it to this NAACP, they would be able to fight battles that are maybe a little bit more pressing in black communities and brunettes. Battles like voter suppression initiatives. They’ll fight battles like police reform and environmental racism, ways to fight back against things like that, that really have real life and death of blacks and browns,” says Ramses.

Although owning the brand as black people carries moral weight, Ramses believes the radio show is able to carry that weight and keep the slogan from falling into the wrong hands.

“I will speak for myself, Maggie, and Q, that we feel responsible, feel a tremendous sense of responsibility to live this moment well and to be excellent stewards, guided by a truth based on love and that s attack hate in a meaningful and impactful way,” Ramses explained.