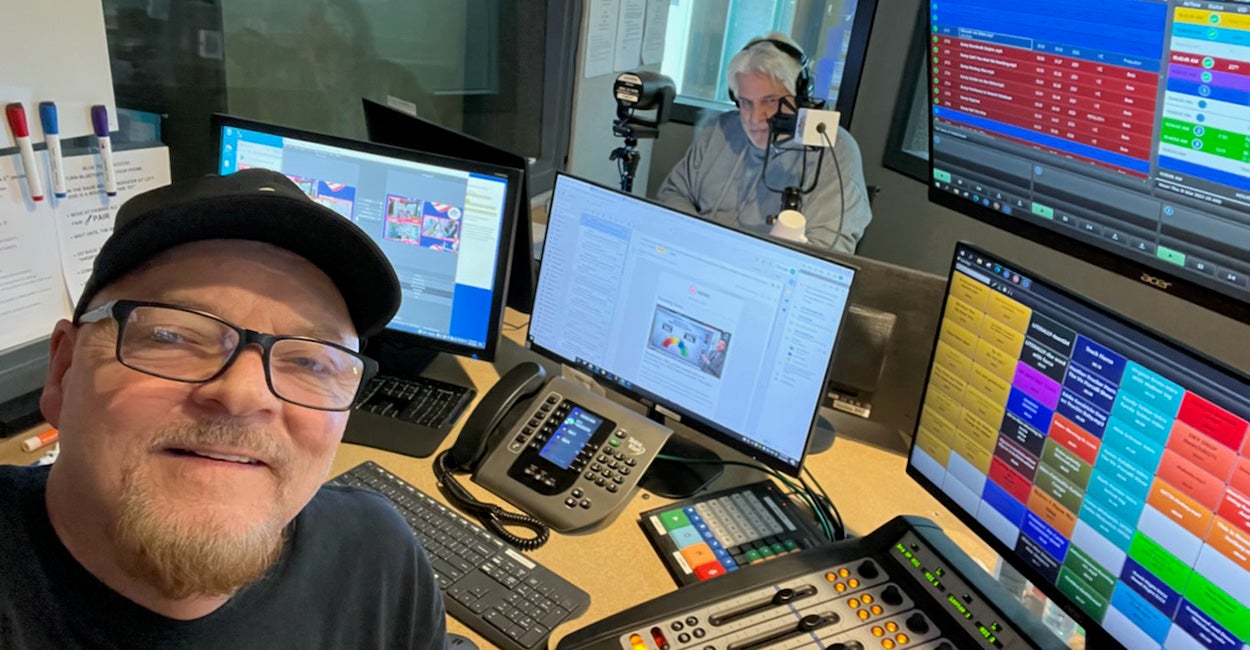 YouTube’s censor-happy morons are back, but this time they’ve struck a little too close to home.

Streaming platform Big Tech banned St. Louis radio station NewsTalk STL’s YouTube channel after it posted an interview with me about the 2020 election and the need for election integrity legislation on the chain.

On March 14, I joined “Vic Porcelli’s show”, a NewsTalk STL program, to discuss election integrity and legislation to make US elections safer. Hosts Vic Porcelli and Ken Williams asked me about a Rasmussen Reports poll, published six days earlier, “Election integrity will be a big issue in November, voters say.”

The poll found that more than half of voters believe cheating affected the 2020 presidential election and 83% of likely voters said election integrity would be a significant issue in the midterm elections of 2022.

The conversation focused on the perception that many American voters have of voter fraud and how legislation to make voting easier but harder to cheat would be key to renewing confidence in our elections.

Notably, neither the hosts nor I claimed during the conversation that the election was “stolen,” only that more than half of Americans polled believed there was fraud and cheating.

A week later, on March 21, the station reported that he had received an email from YouTube informing him that he had received a third and final warning for this March 14 episode of “The Vic Porcelli Show”, resulting in a permanent ban from the site. All of his content was deleted and he could no longer post or share videos.

Porcelli said previous strikes against the channel were for alleged “medical misinformation” regarding alternative COVID-19 treatments such as ivermectin and hydroxychloroquine. These strikes took place during the first week of January and in the middle of February.

“All we did was read things that we see in the news, stories and things,” Porcelli said in an interview with The Daily Signal. “And one of those stories was, say, Joe Rogan, who got COVID, took ivermectin, and it made him better.”

Misinformation about COVID-19 is a common refrain from radical leftists in charge of platforms such as YouTube and Twitter. What’s new — and growing increasingly worrisome — is being twisted to even talk about, let alone claim, voter fraud.

Current YouTube Policy dictates that claiming an election was stolen or that widespread fraud changed the outcome of an election will result in disciplinary action. However, there is nothing in the rules about discussing Americans’ thoughts on voter fraud. Indeed, a quick search for “election integrity” on the site brings up a myriad of results.

YouTube’s actions toward NewsTalk STL represent a chilling new development in the far left’s reliance on censorship. In this case, YouTube can’t even pinpoint a rule violation as the reason for banning the station, as it allowed other, often much larger, outlets to remain on the platform. form to discuss the same topic.

And even so, what Porcelli, Williams and I discussed is relevant information. Interestingly, Americans don’t think their elections are safe, whether that’s true or not. The American people deserve to know what the national sentiment is surrounding one of the most sacred civic duties we have.

For Porcelli, what YouTube is doing is destroying what makes this country fundamentally great.

But Porcelli and Williams insist the incident won’t change the way they act on air.

In a separate interview with The Daily Signal, Williams said, “The bottom line here is that this radio station is not going to compromise its opinion because of social media.”

He added that the traffic on the station’s Rumble page is booming. Rumble is a free expression alternative streaming platform.

“We find that was kind of a blessing in disguise, because once we had a Rumble and other people started hearing about it, it was almost like a badge of honor,” Williams said. . “And we have over 9,000 subscribers on Rumble right now, and we’ve only been on Rumble for about three months.”

Porcelli confirmed that the station would not appeal the YouTube ban and would continue to post on Rumble and other social media platforms.

NewsTalk STL made the right decision. While there are costs associated with abandoning a platform like YouTube, refusing to grovel and bend the knee to the lords of Big Tech is a step outlets should take if we hope to reclaim freedom of expression online.

“If we [remove censored content]then we don’t even deserve to be on the air,” he said.

For now, free speech lovers should support the station on whatever platform it is available on. Organizations and individuals who oppose Big Tech deserve our support.

So good luck to NewsTalk STL. I’ll see you on the air.

Do you have an opinion on this article ? To ring, please email [email protected] and we will consider publishing your amended remarks in our regular “We hear you” column. Don’t forget to include the article’s URL or title as well as your name and city and/or state.

Editorial: A rewrite for more consolidation